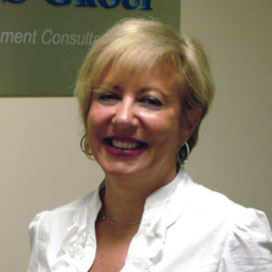 Irina brings more than 25 years of management and administrative experience to her role as the head of strategic planning and administration at The ALS Group, where she has worked since 2010. Irina has been instrumental in the firm’s growth and provides critical input in all aspects of client engagement and firm strategy.

A natural at numbers (she’s the daughter of a mathematics professor and studied calculus in fifth grade), her prior experience includes serving with the head of the Information Systems Division of Drexel Burnham Lambert in New York; she has also assisted senior executives at companies such as UBS and Lazard. Irina has played an integral role in several prominent financial transactions, including one of the largest deals ever consummated in the orthopedic industry.

Raised and educated in Europe, Irina is fluent in several languages (including Russian and Ukrainian), which helps The ALS Group to serve its diverse international clientele.

Irina has been married for more than 30 years and has one son. She and her husband are long-time residents of New Jersey.

Top Risks Every Business Should be Aware of in 2021 This year has been filled with a multitude of both challenges and victories. Every year is different but in 2020 we have had to deal with more change than normal.

There’s Value in Measuring the Total Cost of Risk
In these challenging economic times, having a lower TCoR can not only give a company a competitive edge, but also improve its bottom line by affording it the ability to pursue opportunities their peers may not be able to.